Find your nearest TM center at the bottom of this page.

How reliable is the research around TM?

The story of TM is not just one of extraordinary effects, but also a story of the extraordinary high quality of research that confirms these effects.

Today anyone can do research and prove what they want to prove. In the scientific community, however, there are 4 factors that define the reliability of scientific research.Transcendental Meditation research generally gets very high scores on all 4 factors.

1. Quality of the research itself
2. Confirmation of the same results by several independent researches
3. Publication in a scientific Journal
4. Chance of coincidence

Few phenomena in science have the volume of scientific evidence that TM has.

During the past 40 years, more than 600 studies, conducted at over 250 universities and research institutions in 35 countries all over the world, have confirmed the beneficial effects of the Transcendental Meditation technique on many areas of life. This means that a lot of the effects have been confirmed by many independent studies all over the world. In many cases meta-analysis studies have been performed which calculate the average effect of many different studies. If these meta-analyses still show a positive effect than this will give a far higher reliability to this effect. Such meta-analyses have been done on the effect of TM on hypertension (9 TM studies), addictions (19 TM studies), anxiety (35 TM studies), and self-actualisation (18 TM studies). In each and every case the effect of TM was significantly larger than any other methods that were researched, from 2 to 8 times as large.

The general trend with these 600 studies also shows that:

– Higher quality TM research (where fewer external factors can influence the results) tends to show better results.
– Researchers that are not affiliated with the TM organisation tend to have the same or even better results than researchers that do have some kind of affiliation
– Subjects with low expectations about their TM practice had the same effects as subjects with high expectations. Also the results tend to increase over time, while expectation effects usually show a strong decrease over time.

Publication in a scientific Journal

TM research has resulted in over 350 scientific publications.

Scientific journals play a very important role in science. They act as a filter to protect science from low quality studies. A study is generally only taken seriously by the scientific world if it is published in such a journal.

Before a journal accepts a research for publication, the research project goes through a process of “peer reviewing”.  This means it is carefully reviewed by other experts from the same field of research, who  give their opinion whether the research meets all the standards and is of sufficiently high quality. The more prestigious the journal, the more thorough this process is, because they link their reputation to what they publish.

Research into the Transcendental Meditation technique has been published in more than 350 different publications by more than 160 different professional journals all over the world, including almost all of the most prestigious journals. This is an exceptionally high number of publications on one single subject.

In physics it’s generally easy to determine cause and effect. In human sciences this is much more difficult because people are always exposed to many different influences. This is why “probability”, the statistical calculation of the chance that the result was due to coincidence instead of the cause, is crucial to determine the reliability of any effect. In general the “p-value” is considered as important, if not more, than the effect itself.

This sounds logical. When a scientist gives a drug to somebody and claims it will make him happier, and the next day the person does feel a little happier, he still can’t say for certain that it was the drug that caused it. Perhaps he got a promotion at work, perhaps he fell in love, perhaps it was a placebo effect. But if we administer the drug to 100 subjects and on average there’s a small increase in happiness with all 100 subjects (=consistent effect), then the chance that it was a coincidence will be much lower. If we then see that all 100 subjects feel happier than they ever felt before (=large effect), we can say with a very high degree of certainty that it probably was not a coincidence.

Transcending is described by the ancient texts as the highest human experience, essential for our full human development. But for centuries mankind hasn’t known this experience, because the way to get there (meditation) has been completely misinterpreted. If it is true that Transcendental Meditation is really a rediscovery of the effective method to transcend, and develop our full human potential, then it should also give quite extraordinary results, or even results that have never been seen before. The exceptionally small p values that appear with a large number of TM studies, which are often 50 to 1 million times smaller (=better) than the norm (p<.001 to p<.000000001) do seem to confirm that the effects are often truly extraordinary. 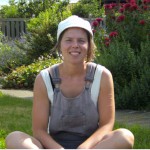